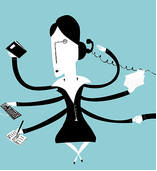 Two weeks until pub date for FINDING EMILIE!  No, I’m not going crazy counting the hours.  I am much too busy for that.

Here’s what has already happened: I received two boxes of author’s copies of the book about ten days ago, and it is always a thrill to see finished copies staring up in multiple as I lift the flaps.  I’m busy giving copies away to people who can help place the book in libraries and independent bookstores, or get it in the hands of people who run conferences, book fairs, book-related philanthropic events, and the like.  If you fall into any of those categories, let me know!

I’ve been busy in the last month or so setting up a “blog tour,” which has taken the place of actual touring for all but the most famous authors.  Publishers don’t support real tours much any more–there isn’t a lot of bang for the buck in it–and that’s fine with me, because I’d rather sleep at home and put my energy into writing.  I have more than a dozen guest blog posts written already, waiting to be published after the book is out.

My publicist has gotten FINDING EMILIE in the hands of a number of bloggers who will be doing reviews and giveaways.  She’s also looking for possible author appearances and speaking gigs.

As for such appearances, I have a whirlwind of them, which I won’t list here, because all the information can be found in the calendar on the home page.  In addition, I have about a dozen book clubs and private events between now and Memorial Day, some of which are for EMILIE, but others are for my other books.  People seem to be still discovering THE FOUR SEASONS and UNTIL OUR LAST BREATH, and of course PENELOPE’S DAUGHTER has only been out since October 2010 and is still a “new” book.

I’m also busy with my full load of classes at San Diego City College, as well as a four-part lecture series on the Convivencia, the centuries of coexistence of Jews, Muslims, and Christians in Iberia during the medieval era.  I offered this course once already at SDSU extension, and am repeating it at San Diego CIty College.  Check the calendar page for more information if you are interested. The course is the result of my sabbatical research in Fall 2010.

And then there’s the launch of FINDING EMILIE, which looks to be a lot of fun.  Rather than doing a separate launch party for friends, family, and supporters, I am bringing bubbly and treats to my first two bookstore appearances, at Warwick’s in La Jolla, and Bay Books in Coronado.  Also on the calendar page.  Come on down and share a toast to the fabulous Emilie du Châtelet!

Oops!  Just looked at the clock!  I have a job to get to. What a fortunate person I am to have so many wonderful things to do!