There are places I really want to go to, places I have no desire to go to, and places I had no idea should have been on my bucket list all along. I found one of those  last ones in Albania, which may sound exotic but is actually an easy day trip by ferry from Corfu.

The site is called Butrint, and it has a history to compete with any in The Mediterranean, and that is saying a lot!  Ruins  have been found at Butrint dating back to prehistoric times, but what is visible begins with what is usually called pre-Greek, referring to the civilizations before the Classical period.  It is characterized most notably by Cyclopian masonry—walls and structures made from rocks so huge it seemed as if only a gigantic creature could have made them (See wall below).  Testimony to the skill of these builders is that these structures were made without mortar, the rocks shaped to fit so tightly that necessity never needed to become the mother of invention. 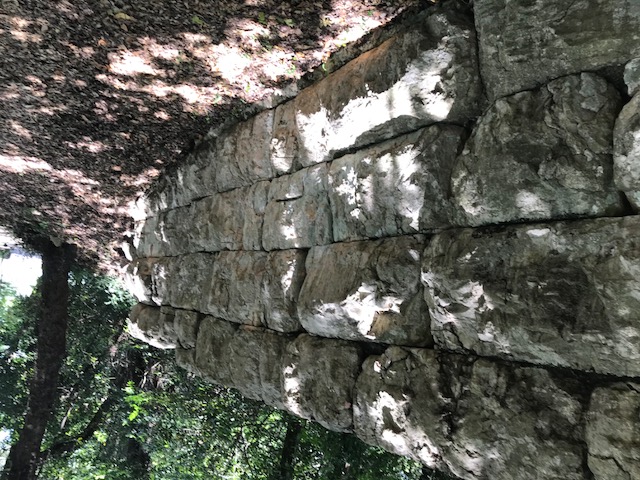 Butrint is on a low-lying island favored by the Greeks as a major pilgrimage site to honor Aesclepius, the god of healing.  Parts of the shrine are still visible, as are remains of the ancient version of a ticket office, where pilgrims paid for the privilege of sleeping near the shrine to promote their healing and be permitted to approach to leave their votive offerings.  Nothing has changed, I guess. Tourists need to be housed and fed—and occupancy taxes obviously have a long pedigree.

The Romans built a theatre and expanded everything with their unparalleled passion for engineering bigger, better, stronger, higher.When the empire lost its base in Rome and moved to Constantinople, becoming Christian in the process, they built basilicas and baptistries  in their colonies, and Butrint received the best of both.  Its baptistery was the largest of its time and contains a mosaic floor in nearly perfect shape . Unfortunately for us,  the floor, and another one in the baths elsewhere in the site, have been covered with sand except for one week a year, our guide said, because exposure to the elements was destroying them.  Hopefully a solution will be found soon. Here’s a photo I found online of what it looks like. 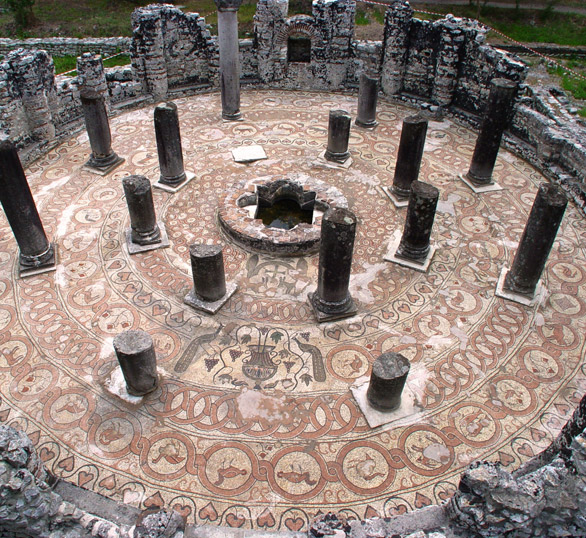 The lower part of Butrint was abandoned in the later years of the Roman Empire because sea level rose, turning the markets, streets and shrines of the low-lying areas into marshes that are now home to turtles who couldn’t care less about any of it. 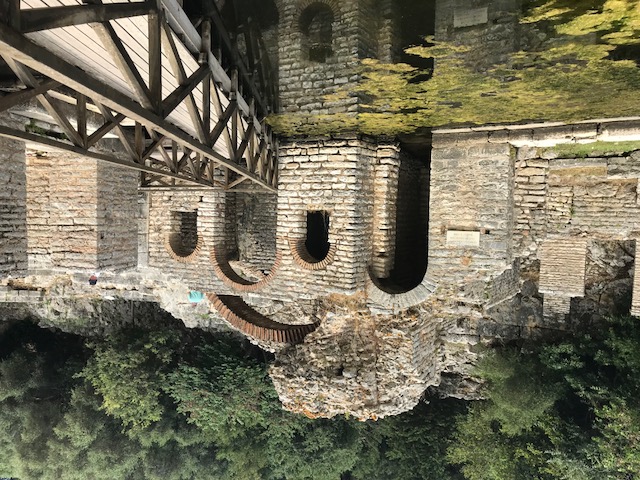 The Venetians  favored  higher ground and built fortifications, as they did everywhere in their Empire, in their efforts to keep the Ottoman Empire at bay. Their walls, guardhouses, and citadel atop Butrint are great photo ops, but have never moved me in the way the ancient ruins do.

Albania hasn’t been free that long of the stagnation and hostility to history and religion that characterized the Soviet era.  They are playing catch up now, starting businesses, rebuilding crumbling towns, and turning their attention to their own amazing history.  I felt good about what I saw on my one-day visit (always suspect), but—warning! political  commentary ahead!—I had to smile when the guide said their biggest problem right now was corruption and nepotism in government.  I will leave you to guess who on the bus struggled not to laugh. Hint: she was one of the few traveling on an American passport and she’s Living Travelly.