A short time ago I wrote a diary entry here entitled “Keeping Still.” I don’t allow comments on my site, since I am inundated by spam when I leave that possiblility open, but I wanted to share a wonderful response I got via e-mail  (please feel free to write to me in the same way, at lacauthor@gmail.com). It’s from David Fuller, author of the much-acclaimed novel SWEETSMOKE.

future,” he writes. ” I went through it… for any changes I might have wanted to make to the paperback, and it was a slog because of how I had to read it — carefully, looking for problems.  Then there are times when I will read something in it that I feel is pretty good, and I know it’s my work, but it’s certainly not what I would write even now if I was thinking about certain things.  It’s not the work that you pen the first time through.  That fact can feel a little odd when you are reading something of your own that you like but don’t necessarily recognize as your style. ”

I’ve had a lot of experience with what David Fuller is talking about, having writen seventeen YA (Young Adult) books before switching to narrative non-fiction with UNTIL OUR LAST BREATH, and seguing there into historical fiction with THE FOUR SEASONS.  It’s really quite amusing–and very weird–to pick up one of my YA books on, say, Afghanistan, and not to recognize my writing at all, nor in many cases to remember material I once knew well enough to write about.  It’s like consulting any other book on the shelf, but having to remind myself that although it feels all new to me, that particular book is my work.

“At that point,” Fuller goes on,  “I try to remember the immense amount of time I spent rewriting, combing those sentences until  they were humming.” Though perhaps too much time has passed to remember my YA writing clearly, I do recall parts of  subsequent works that well.  There are passages of only a couple of pages that took as long to get right as it took to write and edit the rest of the chapter in which they appear.  I don’t know why it is that some things stay clumsy and inert and other spring to life as if they have  just woken up rather than been created at all, but that’s the way it is.

But memory of which is which does fade.  I once heard a young mother say that it was lucky recollections of labor quickly receded, or women would definitely think twice about ever having another child.   Writing a book is a lot like that. Or should I say writing another book.

Fuller’s advice?   “Walk away from it.  Pretend it’s broken.  […] You need perspective, which can only come with time or a fresh set of eyes.  When you come back to it, you’ll be clear-headed and you will almost certainly find the nuggets of joy and brilliance, and you’ll dig them out.”

So that’s what I’m doing.  I have relegated THE LAWS OF MOTION, my newly completed book, to the same mental compartment as the cranky laptop that needs to go in for repair, the water filter in the fridge that needs replacing, and the car that needs servicing.  Other things beckon right now. Nothing’s really broken, and their time has not yet come.

And speaking of that, David Fuller also solved the mystery of the old advertising slogan I quoted in “Keeping Still.  Paul Masson is the wine that wouldn’t be sold before its time.  I don’t know if Paul Masson wine is still around–haven’t seen it for a while–but I hope, with patience and more work, that the LAWS OF MOTION, when published, will have a long and lovely “shelf life.” 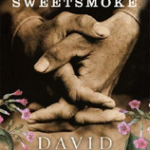