In my Year of Living Travelly, I have set the personal goal of still fitting in the same clothes after several hundred days at sea. I will be gone until July (four months away), and then in December I start five months in Asia. Whatever comes with me in my two suitcases is what I will have for the duration, so being indulgent about diet is not an option.

I have gained only two or three pounds in the nearly six years I have been cruising, and I attribute that to a set of rules I follow if not scrupulously, at least most of the time. That keeps me in the zone where a little dieting and a lot more exercise between cruises can get rid of that little bit of extra poundage that creeps on by the end of a cruise. I will tell you my rules in another post.

As for the exercise, in London I have been playing a game called “Pick a Park.” I either walk or take public transportation to a park and spend an hour or two walking around. After that I go out and explore the neighborhood a little, choosing a Tube stop at some distance that I have to walk to. So far I have walked Hyde Park, Kensington Gardens and Regents Park, for a total of seventeen miles in three days.

Regents Park is the best! I include one photo below. I don’t know how I managed to ignore it all these years. It was the first day since I left the Amazon that it was warm enough for just a tee shirt, and I really wish I had been wearing shorts rather than the long pants I was so desperate to get just two days ago.

I can’t imagine doing seventeen miles on the treadmill on the ship in three days. Hard to imagine doing it in a week! And I don’t even know how many hundreds of times I would have to walk around the ship’s jogging track to accomplish that (they are small ships), but I am pretty sure I would die of boredom first.

But for now, I don’t have to worry about that. Tomorrow, Green Park, aching legs or not. Nothing boring about that. And if I’m good, maybe I will treat myself to ice cream! 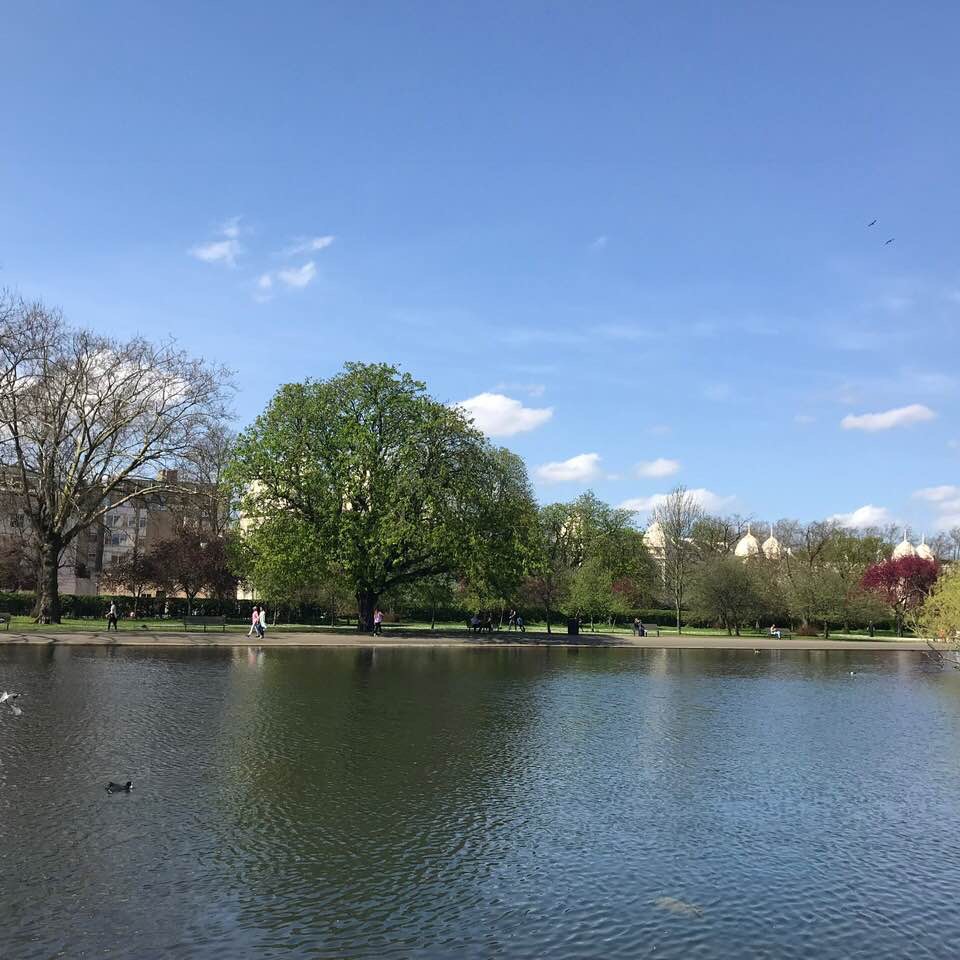