Barbra Streisand had a huge Top 40 success back in the sixties with a song called “People.”  Though I was only thirteen at the time, even then the song made me scrunch up my face and say “huh?”

Still does. People who need people?  Well, who doesn’t?  And aren’t at least a few of them unlucky?   Although the spoon-induced gag reflex hadn’t yet reached the American vernacular, this would have been a good point for a debut.

I suppose the song may have done some good in pointing out to a typically self-involved pubescent girl that there actually are other people in the world, and that someone as popular and famous as Barbra Streisand seemed to think they mattered, but of course I figured all this out eventually without her.

Novelists have a strange relationship with people.  We write about people we invent based on our experience with people we didn’t invent. In doing so we create an intimacy with some of our creations that is deeper than with many of the “real” people in our lives (I added the quotation marks because my fictional characters are, to me, neither unreal nor fake).  Nevertheless, some writers are as reclusive as Hughes or Garbo, not wanting any of the messiness and unpredictability of the world of flesh and blood. These writers do all or most of their human interaction through their fingertips at their desks.

But even the most sociable of writers have a difficult relationship with people. Deep into writing a novel, we generally prefer the world we are creating to any other, or at the very least we are captured by it with no ability (and little desire) to escape.  It’s very difficult to go back and forth between the fictional and the “real” world.  Though it’s possible to read a few pages of a novel while on hold on the telephone, or commuting on public transportation, or waiting for the dentist, it’s impossible to write a book that way.

For this reason, many times during the long slog of writing a book, we have to choose between one and the other, between the “real” world and the world in our heads.  For most of us the choice is not easy but it is obvious, rather like the sentiments of Robert Browning’s lovely little poem, “Parting at Morning”:

Round the cape of a sudden came the sea, 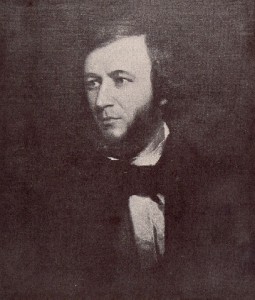 And the sun looked over the mountain’s rim:
And straight was a path of gold for him,
And the need of a world of men for me.

So I have learned to accept and even to relish those times when people draw me away from the world of my novel, even though I regret the transition as much as Browning bemoans the arrival of morning after a night of love.

And what a fabulous place the world of men and women can be.  Mine is populated with a wonderful partner, a handful of good friends, throngs of great colleagues and acquaintances, an intelligent and amusing family, hundreds of students past and present, and many delightful people I meet in connection with my writing.

Case in point:  In the last week, I haven’t written a word, but I taught a full load of fifteen hours of lecture.discussion and hung out in my office hours with students and passing colleagues. Everyone has a special way of being that brightens my days.  I spent hours on the phone planning a trip at the end of May to Cairo with a high school classmate. I went to a packed memorial service for a much-loved friend, Lawrence Waddy, and reconnected with two other friends over wine and tapas afterwards. I went to an incredible production of “La Traviata” at the San Diego Opera with another friend. I played tennis twice with my sweetheart.  I had 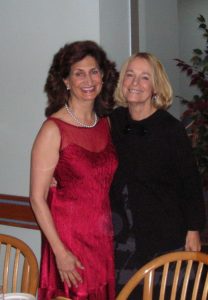 dinner with another novelist, Barbara Quick, and her partner Wayne Roden, the night before a panel on “Women, Work, and Writing” at my college, where we were joined by two other delightful friends, Caitlin Rother, and Kathi Diamant. Just last night Barbara and I were the featured speakers at a Vivaldi-themed dinner with wine pairings at the UCSD Faculty Club. Here we are in a photograph.

Peeps, and more peeps. Okay, Streisand wins–I am one of the luckiest people in the world.  But now, my other world awaits.