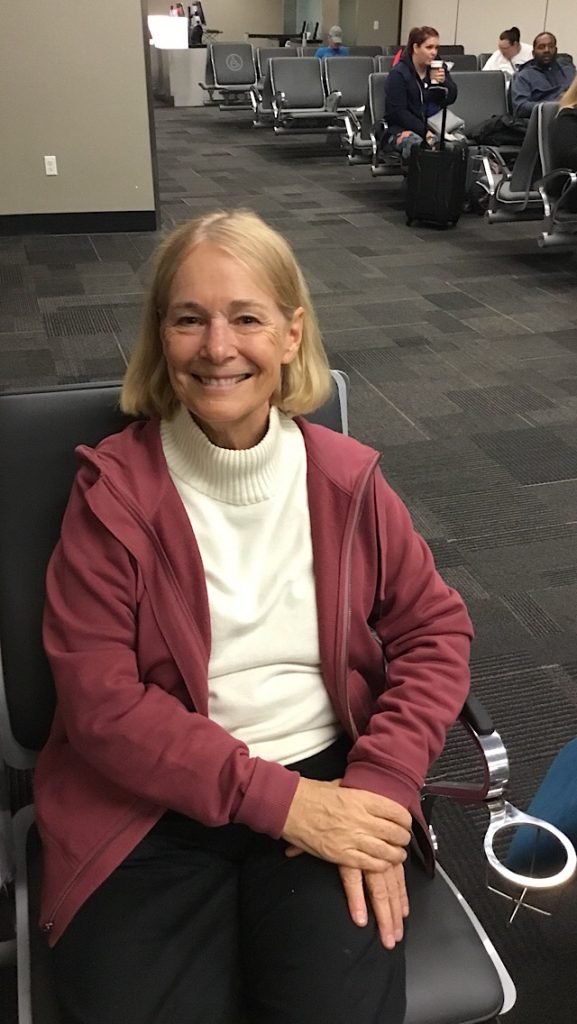 When I was nineteen , I set off on what would prove to be the biggest travel adventure of the next half-century of my life, when I flew off to Scotland for a junior year abroad at the University of Edinburgh.

I am posting this as I sit at the gate at the San Diego airport, waiting to depart on the biggest travel adventure since then. I am calling it My Year of Living Travelly. I have posted before about the planning that has gone into setting up the opportunity to use my Silversea and Seabourn opportunities to patch together a continuous year of travel, and it looks as if I have managed to set it in motion. So far, so good at least! It is all planned, and now it is up to the cooperation of bigger powers than me.

First up, I am taking a red-eye with my friend Jane, to the east coast, from which we will fly to Manaus, Brazil, 900 miles up the Amazon, and halfway across the continent. Our cruise on Seabourn Quest will take us down the Amazon (my third time!) and across the Atlantic to Cape Verde, which has been on my bucket list since I first heard Cesaria Evora’s smoke-and-honey voice. Then on to a couple of stops in the Canary Islands, and a day in Tangiers before the cruise ends in Monte Carlo.

I will be staying in the Med through mid-June, then set off for a few weeks in the Baltic before heading home in July.

And that’s just the start. I will be cruising in Alaska later this summer, then heading to Montreal for a few fall foliage cruises before a breather in San Diego, after which I fly to Singapore to begin about five months exploration on land and sea of Southeast Asia.

I will be posting diary entries and photos regularly, and it would be nice to know you are checking in from time to time. If you want to know where I am, or where I am headed at any given time, every cruise is listed in the calendar here on my website.

Thank you all for caring and supporting me. Arrivederci!