“Musing” is a funny word.  At first it could be pictured as a stroke of the chin, or staring at–well, nothing, really.  And then there’s
that lovely little creature, the Muse.  Just as we can say we’re walking, cooking, writing, or whatever, it seems we should be able to say we are “musing” in that far more active sense of really inviting the Muse in, or more correctly, merging the rest of what we are with that force that compels us to create.

I am enjoying some of the former in this photo, taken in September in Greenland on a Silversea cruise where I was the enrichment lecturer.  Two months later, for the first time in several years, I am doing a little bit of the latter, which I will  honor with a capital “M”  from now on.  Specifically, I am feeling energized to dust off and rework the screenplay for The Four Seasons that my son Ivan and I worked on for a while about three years ago, before drifting off into other pursuits.

I expect that by the time we are all having to scratch out  2015 and change it to 2016 every time we have to date something, I will be actively, energetically Musing, not with a new novel, but with an exciting new outlet for creativity.  My long-absent friend, the Muse, is beckoning me to come in to her world and stay a while. 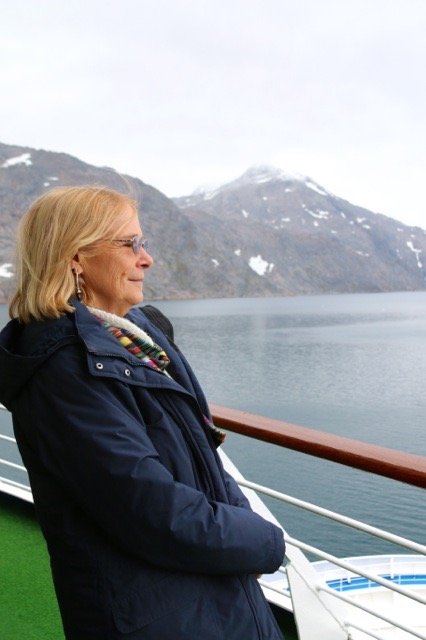