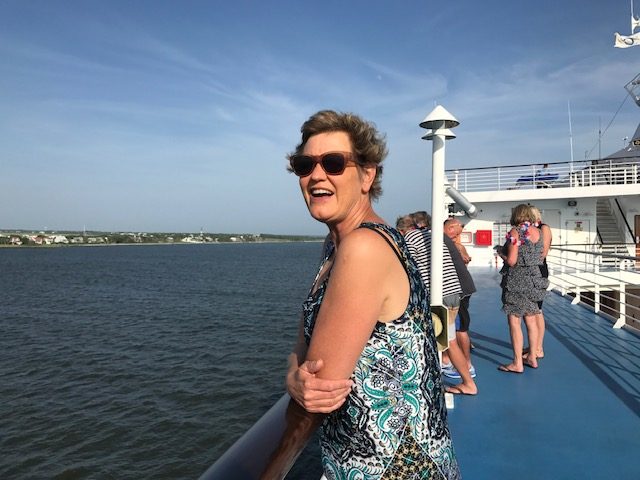 I lost a good friend to cancer this week. Sheryl Gobble was a former colleague of mine at San Diego City College, and we kept in touch when she moved to another campus. A few years ago she was diagnosed with a rare form of cancer that affects the linings of organs such as the uterus and creates havoc all over the body in time. She endured surgeries, and several rounds of chemo in her effort to live with the cancer.

That was always the way she put it. It was her cancer journey, she called it. She didn’t see cancer as her enemy, focusing on her own body as this amazing thing that was doing its best to heal. She talked about her cancer as something she coexisted with, and that was what she did, as long as she could, with an alien presence she knew would prove too powerful maybe within five years, ten at the outside. She got three, but those years were packed with milestones like seeing her last of three sons out of high school and on to college, and some special trips with her husband Luis and family.

Sheryl lost her hair but none of her sparkling personality with her first round of chemo. Since i was retired and not cruising at the time, I took Sheryl to some of her sessions at what she called The Kaiser Day Spa. Yes, she could laugh about it. That was one of the things that was so awe inspiring about Sheryl. For a while she brought little photos and other items to decorate the space where she would sit for hours while toxins dripped into her body. She packed a lunch for us, and though it sounds weird, we had a lot of fun.

After chemo Wednesdays were over we still got together every Wednesday for a while to do something else fun, like a walk at the Self-Realization Fellowship Gardens in Encinitas, and having wine afterwards with lunch in Del Mar. Here we are. 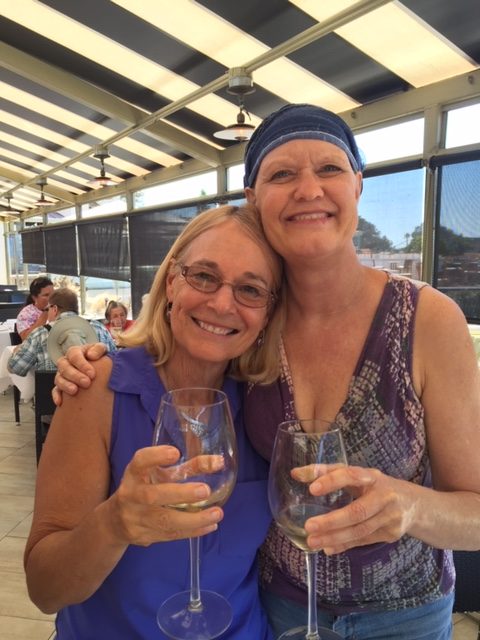 I took Sheryl on a cruise a few months after the completion of her first round of chemo, to celebrate life, hope and friendship. Her hair had started to grow in again in these crazy rag-doll tufts that we decided needed some taming. We went to one of those free beauty consultations on the ship, and the hair stylist took Sheryl on as a project and gave her her first post-chemo hair styling. You can see the result in the photo at the top of this post.

Sheryl went through subsequent chemo when the cancer came back faster than expected. I got wrapped up in living travelly, and our time together dwindled. In September of this year before I left on an assignment, I realized I hadn’t heard from her for a while, so I sent an email asking what was up. It slipped to the back of my mind in the flurry of my life, and I just realized after I heard of her death, that I never heard back. I guess subconsciously I knew it must be bad if she didn’t reply, and I guess I wasn’t quite brave enough to follow up.

Sheryl, the eternal optimist, the chirpiest voice in the room, the quickest with the positive comment, the one who showed up at any event that was important to anyone, including me.  She was slipping away.

I am here in New Zealand coping with this sad news. The day I heard, I was in Tauranga, in the Bay of Plenty on the North Island. I went ashore and bought a rose from a florist—pink for the pussy hat she wore at a rally (against you-know-who when he said you-know-what), and variegated with red for her courage, energy, and just plain brightness. 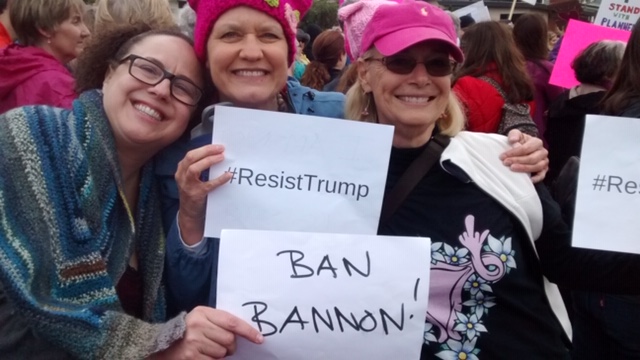 I took it to the bottom of Mauao, a volcano sacred to Maori, and waded out into the water of the bay to let it float away.  Sheryl, you were a rose. And yes, when your body could no longer support your life, your spirit rose. Enjoy the universe, beloved friend. Tell me all about it when I get there. I’ll pack a lunch.