Yesterday I left California.  On my first day I drove past the story of much of my life, starting with San Diego, where I first arrived in 1964 as a teenager, driving past UCSD, where I spent an important chunk of my career, to San Clemente, where the grandparents who gave me Canadian citizenship lived among horses and wild grass on a hill that is now covered with houses.

I went past the exits for Glendale, in the San Fernando Valley, where I was born, then on up the Central Valley of California to Sacramento. This stretch is also very familiar, as my first husband was from there and we traveled once or twice a year when my boys were young, to visit his family. I had originally planned to stop in Davis for the night, the site of my second birth, in 1967, when I went off to the university.  Instead, I stayed near Nancy, my “best friend for life,” whom I met at Davis, so that momentous chapter in my life was honored as well over beer and tacos at a local brewery.

Once north of Sacramento, the journey took on a new shape because I was in unfamiliar territory for the first time. I did recall having seen Mt. Shasta once, and it hit me the same way again, more as a force than a mere mountain.(See  photo below)  I slept just over the Oregon border in Klamath Falls, and am now starting the third day of my drive. In an hour or so I will leave for the short drive to Crater Lake, which I have only seen pictures of but has long been bucket list for me, then on to the Oregon Coast  for the night.

What is this journey like?  It’s more than a road trip, because I won’t be returning to my old life.  It is a relocation to a place I have never seen, but I’m okay with that. My closest friend in recent years, Jane, asked me before I left what I wanted to take with me and what I wanted to leave behind, and I didn’t have a good answer. I  like the person I am, and though I look forward to yet another chapter in my life, it doesn’t feel as reinventive as some big changes have in the past. It’s more the logical extension of the person I am.  I am hoping to take my best parts with me, which include resilience, curiosity, and joy in the new and undiscovered. I will need to leave behind some reluctance to engage with other people, and a sense that I need to be in a rush about everything. In a way, this is a second form of retirement, moving beyond what my post-professorial life looked like in a San Diego without the escape of cruising. I will use my strengths to build this new life into what it needs to be.

Last night I had my first “what the hell have I done?” thought, and I am sure it won’t be my last. But the answer to “ what am I going to do today.” has certainly gotten far more interesting. So I am off to Crater Lake and beyond. I’ll tell you what today was like  after I have found out for myself. Waving to you from the road! 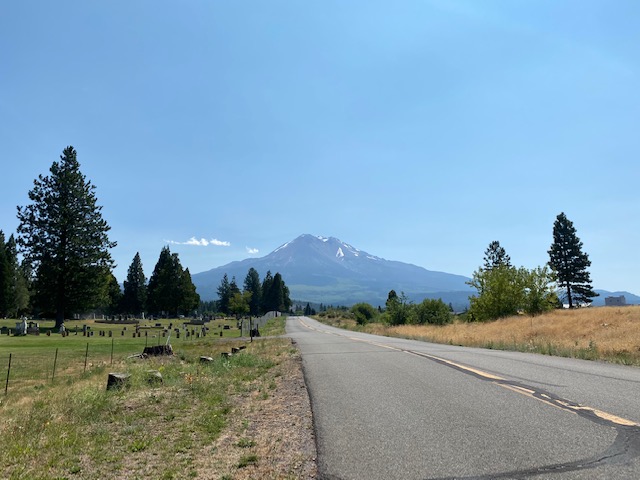