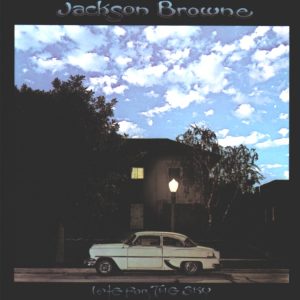 Many years ago, in my first professional incarnation as an adjunct professor of writing at San Diego State University, I used to break the ice in the first week of class by asking my students to write about where their wisdom came from. It could be their grandmother’s common sense, insights from a runner’s high, or the words of a poet. It didn’t matter. I just wanted to know and wanted them to tell each other.

I had forgotten about that assignment until this morning, when I read David Brooks’ column “The Other Education” in the New York Times. He wrote about how as a college student, the discovery of Bruce Springsteen’s music was like a parallel educational track for him, the beginning of his “emotional education.”
“We don’t usually think of this second education,” Brooks writes. “For reasons having to do with the peculiarities of our civilization, we pay a great deal of attention to our scholastic educations, which are formal and supervised, and we devote much less public thought to our emotional educations, which are unsupervised and haphazard. This is odd, since our emotional educations are much more important to our long-term happiness and the quality of our lives.”

Indeed. It’s where much of our wisdom comes from.

Unless you’re lucky enough to be an English major, as I was, you’re not likely to have spent much time in college curled up in bed with a poetry anthology. You had homework to do. For me, novels and poems were my homework, and my job was to understand them well. The time for college to feel like work would come later as I pursued my master’s and doctoral degree, but I am still so grateful for those undergraduate years, when wisdom washed over me and crept into my emerging consciousness, shaping me for a lifetime more than I ever guessed at the time.

“This second education doesn’t work the way the scholastic education works,” Brooks goes on. “In a normal schoolroom, information walks through the front door and announces itself by light of day. It’s direct. The teacher describes the material to be covered, and then everybody works through it.” Quite different from the parallel track Brooks describes, where knowledge “comes indirectly, seeping through the cracks of the windowpanes, from under the floorboards and through the vents. It’s generally a byproduct of the search for pleasure, and the learning is indirect and unconscious.”

I don’t remember any specifics of the answers my students gave, except, for some reason, an impassioned argument about the greatness of the band The Tubes a shaggy-haired freshman offered one semester. But I do remember what I told them. For me at that moment my greatest source of wisdom was the singer/songwriter Jackson Browne. Coincidentally, just a day or two ago Pandora Radio chose his “For a Dancer” as a song I might like, and I was surprised at how even today, a voice of someone my own age could come out of the past and say things that are just as true to me today.

“Keep a fire burning in your eye,” he sang. “Pay attention to the open sky. You never know what will be coming down.”

Plenty has come hailing down in my life since then, but nothing that has left me unable eventually to dance through life again. “Dancing our sorrow away, no matter what fate chooses to play. There’s nothing you can do about it anyway.”

I love the way Browne describes the need to learn from and remain connected to others, but to remember the importance of our own self, our own unique contribution. “Just do the steps that you’ve been shown,by everyone you’ve ever known, until the dance becomes your very own. No matter how close to yours another’s steps have grown, in the end there is one dance you’ll do alone.”

Keep a fire for the human race
Let your prayers go drifting into space
You never know what will be coming down
Perhaps a better world is drawing near
And just as easily it could all disappear
Along with whatever meaning you might have found.
Don’t let the uncertainty turn you around–
Go on and make a joyful sound.

Into a dancer you have grown
From a seed somebody else has thrown
Go on ahead and throw some seeds of your own
And somewhere between the time you arrive
And the time you go
May lie a reason you were alive
But you’ll never know.

You’re a wise one, Jackson Browne. You always were. And I’m still listening.