If I ever need a reminder of how quickly time passes (which I rarely do!), all I have to do 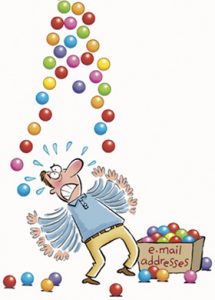 is look at the last time I posted an entry in this website diary.  Three weeks is a long time, and I hope you haven’t given up on me.

Many things have occupied my time, not the least of which is the imminent sale of my house in Lake Arrowhead, California.  Though not a good time to sell, I had to get real about how long it would take to rebuild its value, and how much money I would be investing every month in payments, taxes, insurance and repairs if I waited for its value to rise. The ideas I had about a little nest where I could live after retirement have given way to the realization that for many reasons the house wasn’t suited to that.  I’m dealing with more than twenty years of experiences and memories, some extraordinarily painful, but most sweet and wonderful, and recognizing that it’s time to move on.

I’m working on rebuilding my strength and stamina after surgery last December. Don’t let anyone brush off laparoscopic removal of the gall bladder as anything other than major!  True, it’s not anything like it once was, but you still wake up with wounds and innards that have been poked, prodded, cut, and shuffled around, and the older we get, the less our body appreciates the equivalent of a home invasion robbery.

It’s the last month of classes before summer vacation, one of those lights at the end of the tunnel that is both open sky and a locomotive coming at you.  A deluge of work fills the last month of any semester, and I’m hunkering down, while at the same time I’m telling myself that everything I complete is a step toward the finish. Every semester after I file my grades I call my partner to tell him “I’m unemployed,” and though that is bittersweet in these days when so many truly are, it is a good feeling to be at least temporarily without work obligations.

The best news is that the lack of obligations will be lengthened considerably for me, because I will be on sabbatical next fall.  I’ll be researching the period in Spanish history known as the Convivencia, the period of Muslim rule and the early part of the Christian Reconquest when a difficult, complex, fragile, and often violated peace was achieved between Christians, Muslims and Jews, in recognition that diversity works better and produces better results for a society.  Overly simplified, of course, but perhaps there are messages for me, my students, and the readers of my books in what I will be learning.  The sabbatical is connected to my novel in progress, set in this era, though the first draft will probably be finished before the sabbatical officially starts in late August.

Busy, busy!  But why complain, with such opportunities for sustenance and growth!