I am in Riga, Latvia right now doing some research for my upcoming Baltic cruise, and I am having the same problem I have in much of Europe.  Everywhere I go I see “I *heart* Latvia” souvenirs and other specifically Latvian things, from weaving to jam. The thing is, I don’t know if I *heart*  Latvia.  Sure, I can say with certainty that I am enjoying the beautiful parks and squares, the fantastic roofs of buildings dating back to the Hanseatic League and the rest.  Riga is a beautiful city with a lot of charm.

But I have a problem with any place that was complicit in the Holocaust.  Yes, I know that the Germans rolled in and changed the rules, but people in the Baltic countries were far too willing to lend a hand.  Too many of them disliked Hitler for other reasons, but not because of his views of the Jews. In fact, far too many of them agreed with him that here was a chance to solve a “problem,” turning in neighbors, and gladly participating in psychological and physical harm to their fellow human beings.

Riga has a Holocaust Museum in what remains of the Jewish ghetto, and as far as I am from embracing any city that needs one of those, it is still an improvement over Vilnius, Lithuania, which has scarcely acknowledged this chapter in its history at all.

Today I decided to walk rather than take public transportation  to the site of the ghetto and museum.  It wasn’t that far—maybe a mile each way—but it gave it more the aura of a pilgrimage, something  sacred, which of course in many ways it is.

Riga’s museum has a wall listing the names of all who died here—first Riga’s Jews, who were mostly shot in the nearby forest when room was needed for Jews deported from elsewhere in Europe. Eventually almost all of these Jews were marched into the forest as well, if they didn’t die some other way before that point.  One exhibit consisted of dozens of hanging paper lanterns, each  lit from within to reveal photos, documents and memorabilia of the  victim it commemorates. “Never again,”  I found myself whispering to them.  Never again. 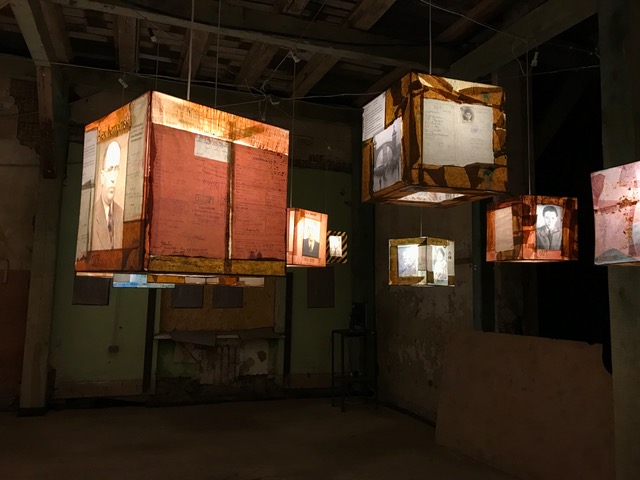 Another startling exhibit is housed inside a cattle car of the type used to transport Jews to Riga and elsewhere.  Trunks of birch trees to represent the killing fields are arrayed in the empty space of the car. On one end is a montage of photos about the camp, and the other end is lined with mirrors, so you turn to see yourself, lost among the trees, reflected here and there, alone.  There you are.  It could happen to you. 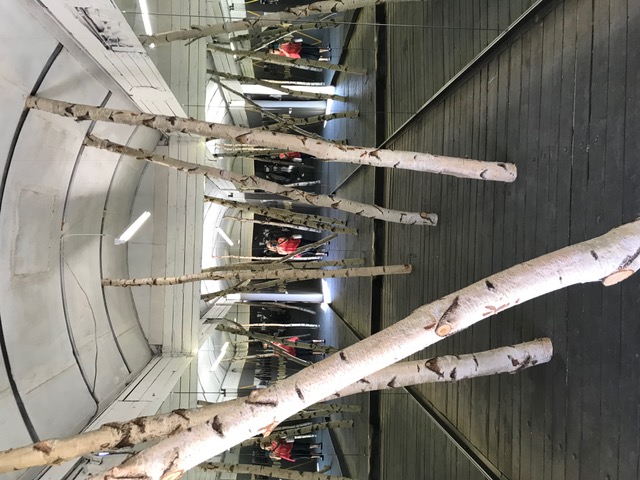 As always, when I am in a plane going to the Baltic, I look around at all the healthy , robust blue-eyed blondes and wonder, “ what did your relatives do when the Nazis came?” This started when I was writing my book Until Our Last Breath: A Holocaust Story of Love and Partisan Resistance (St. Martin’s 2008) and was on edge every minute of my time in Lithuania while doing the research. I just wasn’t feeling all that forgiving because I wasn’t sure how much had changed.  Would these fresh-faced new generation (s) on the plane do the same thing?  Maybe not today, but could they be persuaded to?

I wish I could feel more confident they couldn’t, but now  I am even less so than I used to be. Fascism and nationalism are on the rise, and it is probably naive to think we’ve learned any lessons at all from history.  So no, I don’t *heart* Latvia because I don’t trust it, much as I don’t trust many other places, including, more and more, my own country. This time will we liberate the camps, or build them?