I had a very strange experience yesterday in Civitavecchia, the port for Rome. I am making the transition to destination speaker from enrichment speaker, which I have been for five years ( the difference is  often minor, but with destination one ties in the ports more extensively), so I thought I should go in to Civitavecchia to take some photos of what is of interest there.

I was operating on the assumption that I had never been there, but when the shuttle bus pulled into the drop off point, I thought to myself, “wait a minute—this looks familiar.”  Then I realized it was indeed somewhere I had been on a past cruise. I plumbed my brain as  to when and with whom I had been there, and when I finally figured it out, I realized it was with Dan, barely three weeks ago.

Now,  that is weird! One would think that it wouldn’t be possible to forget something so utterly so soon. So here are the options:

1) my brain is rapidly disintegrating

2) all this cruising is turning into one big blur

3) Civitavecchia is really that forgettable

i see no evidence of the first.  As for the second, it is true that it is easy to forget the specifics of each port when they march by in such quick succession, but basically, I do remember almost all of them with at least a few concrete mental images or memories.

So that leaves number three.  No, I am not losing my mind.  Civitavecchia is indeed that easy to form no impression of whatsoever.  However, I did remember with Dan that we found a remarkable open market clearly not for tourists but where the locals got their tomatoes, peaches, and fish.  Here is a photo. 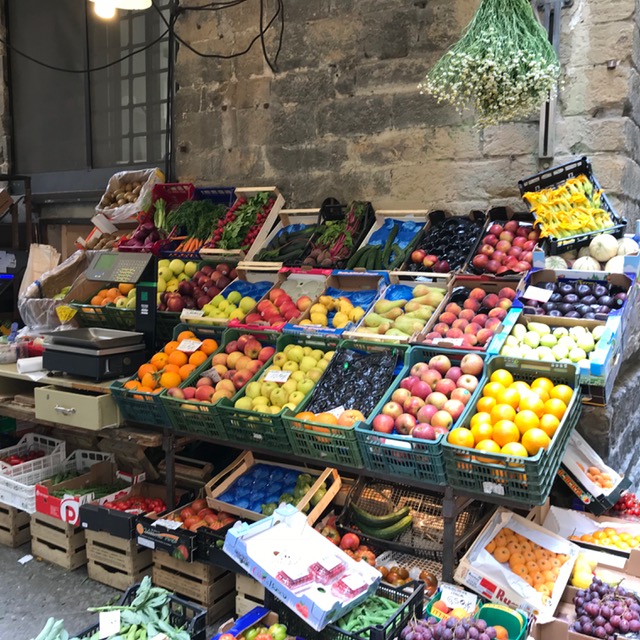 And next time I am in Civitavecchia I will remember the second time, with its big “huh?” moment much more than the first, which apparently I don’t  remember at all.