I’ve been off in medieval Spain for a few weeks now, and I am just now coming back t o 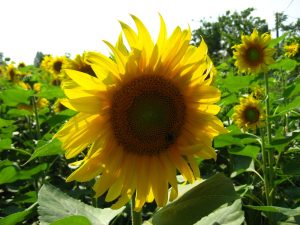 It’s not very often that an author finishes writing a novel, and I am just about there.

I finished the first draft some time back and took a break to work on other things for a while. Completing a first draft is a huge milestone, but really, putting the first major revision in order is in many ways a bigger one.

THE SHAPE OF THE WORLD is now “done” to my satisfaction, or at least it will be in a day or two.That’s not to say I won’t revise it again and again.  I am in the middle of a sabbatical where I am studying in depth the history of fifteenth-century Iberia, where the novel is set, and as I learn new things, I will figure out ways to work them into the book.

But that’s the glaze on the roast, the frosting on the cake, the nuts on the sundae, or whatever analogy you prefer. Early next week, my agent will get my novel and soon it will go out to editors at the major publishing houses. It is either going to grab them or not, and revising further will not make the difference between sale or no sale.

I think one of the best things experience teaches us is when to know that something is good enough.  Another thing it teaches us is to decide which “good enough” things are really finished and which are not.  This is not like windows that are almost streakless in bright sunlight, or pot bottoms that are almost free of black, or pasta that is one minute off from perfectly al dente.   Good enough is good enough on those, although I suppose some might beg to differ about the pasta!

The kind of “good enough” that this novel is right now is the “best I can make it, but not as good as I want it to be” type.  I won’t be able to keep my hands off the manuscript for long because it will never be 100 percent as good as I can make it. PENELOPE’S DAUGHTER came out less than two weeks ago, and what I wouldn’t give for one more chance to edit!

Still, it’s time to breathe, time to let it go and let other things fill my days with curiosity, joy, awe, and meaning.  I am a writer, and this is what we do.  We grow the flower and then hope its pollen comes to rest somewhere.