Last June, when I filed my grades, I had the astonishing prospect of eight 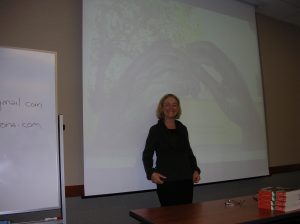 months of unstructured time ahead. First, there would be the usual three months of summer, followed by a sabbatical semester, and then the winter break, so I wouldn’t be going back to my routine until the end of January.

Though I was thrilled by the opportunity to take the semester off, and I was excited by my sabbatical project, I admit I had a few misgivings. I think most people benefit from structure in their lives, and I had just lost mine. I knew I would need to create a routine that would enable me to remain productive, healthy, and satisfied.

I blogged about this back in July, in a post called “‘Healthy Author’ is Not an Oxymoron.” Here’s what I said:

“This summer I am telling myself that writing is only one of several good uses of my time, and it is inappropriate to be writing when I should be doing something else. I have a sign near my computer that has a list of 5 things:

Every one of those things is a valid and necessary part of my day.  I plan every day around ensuring that I put in at least an hour on each. Then I fill up the rest of my time with a mix of all of them, in whatever way works that day.

I’m not talking about the 8-hour standard workday, but the whole 12 hours from the time I get up (around 6AM) to the time I call a halt to everything but an evening with my sweetheart (around 6PM). On most days the majority of my time overall is taken up with writing, but as I get more invested in the other things on the list,  I often spend more than the minimum on them, and I still have a lot of time to write.

I ask myself a couple of times each day whether I’m doing a good mix of the 5 types of things, and if I’m not, I tell myself “it’s not writing time now.”

Haven’t exercised?  Do it!  Haven’t taken a shower or gone to the store? Do it. Haven’t stopped just to do something fun? Do it!

I’m having a great summer, and interestingly, I don’t think my writing productivity has dropped overall.  I’m still on track to finish novel #4 this fall, and I think I could have finished it only a few weeks earlier at most if I had done nothing else. And I feel great–not at all like that stringy-haired, unwashed, antisocial creature with a backache I vaguely remember from summers past.

So here’s the report from the still washed and sociable creature who wrote those words four months ago: IT’S WORKING! I have gotten more exercise than I have in years. I have missed only two days since I started this plan, and both times I made it up the following day. I can run an hour with ease, do more crunches and lift more weight than I thought possible at my age. I’m feeling great, and best yet, despite all the time I am parked at my computer, I am still not straining to button my jeans.

I have blogged daily at Xanthe’s World since mid-August (part of book promotion) and done a pretty substantial number of real and virtual appearances since the release of PENELOPE’S DAUGHTER in October. I finished novel number four, THE SHAPE OF THE WORLD, and am well into the re-re-revision. I taught a mini-course at SDSU (that’s me in the photo) and gave several lectures other places. I’m getting out to lunch from time to time with friends, something I never seem to find time to do the rest of the time.

Oh, and that sabbatical project? The product of my sabbatical is four lectures (with accompanying slide show). I just finished the fourth slide show last week, two months ahead of schedule. For the remaining two months, I will go back through the books and other material I have amassed to see if I’ve missed anything I want to include, but basically, I’m done.

There’s a lot of time in a day. It seems the more I diversify what I do, the more time there is. I know many people have many more demands on their time than I do, but I still think that making a promise to oneself to put some time every day into ALL the things that are important instead of being swamped by one or two will cause a surprising increase in productivity and energy. When I go back to school, I’ll have a sixth category of time, and a slightly different promise to make to myself, but I’m doing it. I am really on to something and I’m sticking with it. 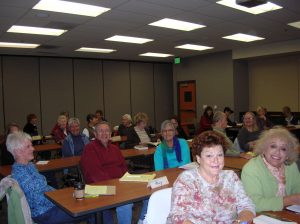