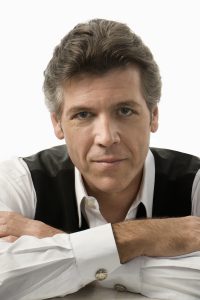 On New Year’s Eve, I watched the New York Met’s Gala on television. (Okay, I was recovering from surgery–what’s your excuse for being home on party night?) The big appeal to me was that Thomas Hampson–one of the best operatic baritones of our time–was the guest artist, and I am a big fan of his work. At the intermission there was a pretaped interview with Hampson at his New York apartment, and the conversation came around to something so relevant to the writer’s craft that it took my breath away.

He was asked whether he ever gets carried away with the emotions of the arias he sings, wanting to cry, for example, if his character is sorrowful. I don’t recall his exact response, but here it is in summary. “Look, maybe people watching this won’t understand, but no, I don’t. I am there to put over the emotion to the audience but I can’t get involved in it myself if I’m going to do that. If the soprano in the role of Tosca broke down singing ‘Vissi d’arte,’ the audience would know they had seen something unusual, something noteworthy, and they might even feel they had been privileged to witness it, but it would have totally violated, completely ruined what Puccini had in mind for that piece of music.”

In other words, if Puccini wanted snuffles and boo-hoo-hoos he would have written them in (it does happen in opera occasionally). If there are to be any tears, they should be limited to the audience, not the performer.

When Hampson made this point I was reminded of the times when readers ask me if I cried while I wrote certain scenes in my books. My answer pretty much restates what Hampson said. Writing, like singing, is a job. It is my job to produce an emotional reaction in others, and to do that I have to be operating on another wave length entirely. Imagine a scene where a character is finding out, for example, that her best friend is having an affair with her husband. The writer has to imagine how the character would feel. He or she can’t write the scene as “I just can’t believe how terrible this is–I feel so bad for her–she’s [blubber, blubber], she’s–sssuch a good person. I really hate her friend!!!!!! Oooh, I’d like to wring her neck!” The writer has to stay out of it–a weird thing to say since the writer is inventing it–but true. “How can I get the reader to empathize?” “How can I set the scene to give the maximum emotional effect? What might the character be holding, doing, seeing?” These are writerly questions, and they take a clear, not a tearful eye.

So no, I don’t cry when I write. I do admit that sometimes when I reread a scene, after it’s published and it’s too late to edit, I may tear up a little. “Wow, that’s really sad!” I might say to myself. But that doesn’t happen very often, and when it does it’s because I’m not thinking like the writer any more. My guess is that Hampson doesn’t cry when he listens to a CD of himself either. He. like artists in any field are probably far too busy being oddly detached, picking it apart. What did I do there and why? What might I have done differently, done better? And then of course there are many “ouch” moments–the points where you wish you hadn’t done something that way at all.

Cry? That’s for other people’s books.