Yesterday morning, I went to the Toronto passport office just to make sure all my papers for my Canadian passport were in order before I mailed them. I waited about ten minutes for my number to come up and went to speak with a very pleasant woman behind the counter.  She said they could process it there, without my having to mail it, but I would have to be able to pick it up in person.   I told her that wouldn’t be possible because I was leaving Monday morning for Montreal. She  asked, “can you prove your travel plans ?”  I showed her my flight reservation on my phone calendar, and she said, “Well, I think that qualifies you for urgent processing of your passport. Can you come in tomorrow?”

Well, yes! I was in and out in about 40 minutes that day, with more than I had come for.  With a little bit of scrambling around, and the help of the people who served as my references, 24 hours later, after no wait and another round of pleasant people, one of whom took the photo here,  I have my Canadian passport.

Here’s another story.  When I was pickpocketed in Barcelona this spring,  my driver’s license was in my wallet.  I carry it for ID abroad, so I can leave my passport in the safe.  I tried to submit an application for a duplicate online, assuming that because the license wasn’t near expiring and I had no violations on my record, it would be simple. It wasn’t.  The online site told me I had to go into the DMV in person.  When I got home in July, there were no appointments for the next  two months anywhere in San Diego County.  The first available slot was after I left on another assignment, and the calendar had not yet opened up for any appointments in October, after I returned.

The solution, according to the DMV, was to go in without an appointment and wait in line  Here’s how well that works: Dan tried renewing his license that way last month, only to wait in line more than three hours until he had to leave for another appointment, without ever getting the license. The next time he got there at 6:30 in the morning, two hours before they opened, and there were still three dozen people in line. He waited for two hours then waited another hour inside, but managed to get the license.   That’s what you go through for routine renewal or replacement in the comparatively high-functioning State of California.

The moral here is that bureaucracies can work well.  The passport office in Toronto does.  Everyone smiles, the office is clean and well lit, and the service is quick.  The attitude seemed to be to do all they can for the client.  I got so much more than I came in expecting.

Contrast with the grimy and dilapidated DMV office in San Diego.  So many more services need to be done in person, yet it is in the same cramped space it has been for decades, with people spilling out the doors just to get to the point where they can get a number to begin their wait.  If you are lucky you will get a clerk in a good mood.  If not, be prepared to be treated like just another aggravation in his or her day.  With luck, you will get what you came for, but you will probably not go away feeling the clerk cared much either way.

Okay, maybe it’s a first world problem, compared to what most people have to deal with.  I’ll grant that.  But really, in this and other ways, I feel as if my country is barely clinging to status as a first world country.  We are a threatened democracy, we have crumbling infrastructure, dysfunctional government services,  no universal health care, young adults crippled with debt for schooling, environmental deregulations that are making some places uninhabitable, with many more to come.  Enough yet?  I could go on.

It doesn’t have to be this way.  My experience in Canada is evidence of this.  Yet little by little, Americans have come to expect less and less from their government.  I remember when I first came to work at San Diego City College, I quickly learned not to expect that the drinking fountains would work.  That’s how it starts.  You stop expecting even a basic level of function, then you start assuming things will go badly, then you realize, stunned, what many poor Americans, white or of color, have known forever—that to the powers that be, it is perfectly okay if people (certain kinds of people in particular) don’t get their needs met.  The solution is to adjust one’s expectations.  In other words, the motto for this coming American age may be”Welcome to the Land of the Free and the Home of the Brave.  Please bring your own toilet paper.” 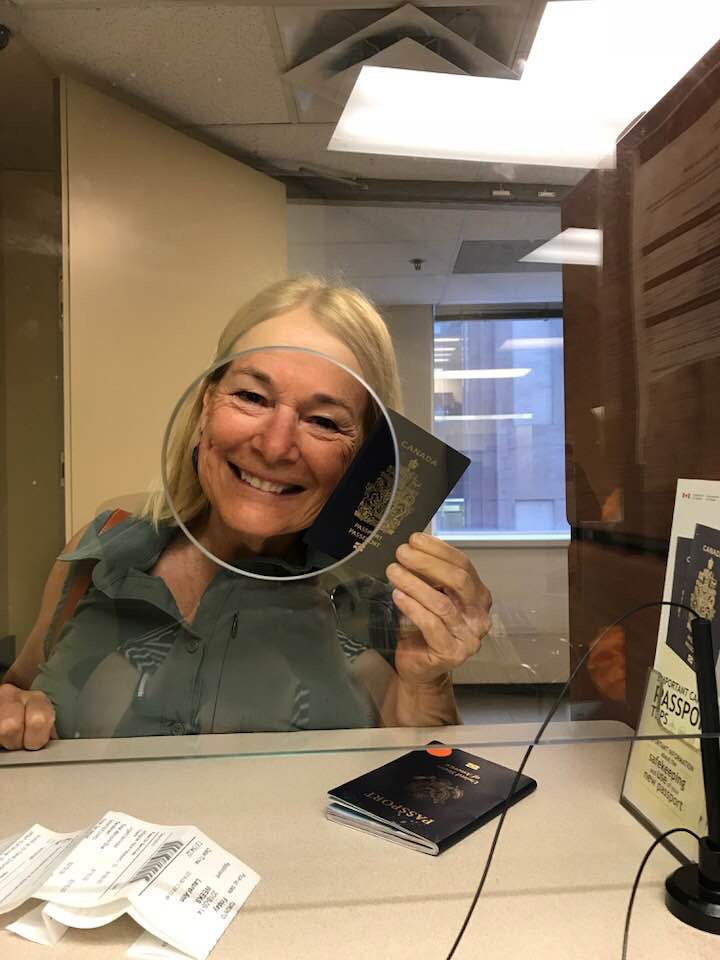