Today I leave Dubai, in my journey westward from Asia toward my home in California. Still many exciting places to see, but this marker point of the embarkation  day for the  final cruise in this series has gotten me feeling reflective. I am closing out my five-months of non-stop travel that began in early December in Singapore and will end with a flight to San Diego from Athens in mid-May. I thought I would spend a little time today pondering what is more so, less so, and still the same about me.

First, let’s dispense with the physical.

I am definitely chubbier. Not a lot, but definitely. No scale to assess the precise damage. I still fit in all the clothes I brought, including the pants, but what was loose is now snug, and that 5% spandex in the fabric is probably disguising more than a little. They say people gain five to seven pounds on a typical cruise, so I guess I could have gained fifty or more just in the last five months! Near the beginning of these Years of Living Travelly I wrote about my diet rules, and so far, they are still working pretty well.

Likewise, I am definitely flabbier. Maybe my clothes fit, but I am definitely out of shape. I am really looking forward to getting back to my gym and tennis schedule. I just don’t like small hotel gyms, and basically the ship is a small(ish) hotel. I tell myself every cruise that at the least I could get down on the floor and do a hundred ab crunches every day, but do I do it? The percent of the time would be, if not absolute, at least statistical zero. The trouble with many Asian and Indian Ocen stops is that the cruise terminals are in industrial ports, which means you can’t just get off the ship and walk around, as you can do a majority of places in the Med, or Baltic, or Alaska. In those ports I easily walk 4-6 miles in a day. Here, hardly at all. Add to that the weather, which is so hot that even if you were to find a place to walk, it won’t be for very long unless you don’t value your brain cells. As the song goes, in this part of the world, only mad dogs and Englishmen go out in the midday sun.

Now on to the stuff that actually matters.

I am more present. I often can’t remember where I was a few days ago, but I do feel more present in the actual day. Every port provides such unique opportunities to see new things, form the sensory perceptions you can’t get from photos, and notice small details about places , people, and cultures. I pay attention in ways I often don’t do at home, and I like that. Maybe that is why people come back so refreshed from vacations, because this feeling of being only in the moment is such a powerful restorative.

I have written before about feeling more comfortable in my own skin than at any point in my life, but this feels especially true at this juncture. I have pushed my boundaries, said “okay” to possibilities I might have turned down before, tried new things, retried old things I hadn’t much liked, solved problems, struck out on my own for new adventures, and been successful at pretty much everything. Well, with the noticeable exception of trying a traditional dance in Bhutan (I am all left feet when it comes to anything that require specific, coordinated steps). But I did it, however badly, instead of saying no.

My moods most of the time generally run the gamut from happy to happier, but I can’t think of a time in my life that I have been happier than I am right now. There are things every day to say “wow!” about, and blessings beyond number in my life.

And finally, remember the line from Alice in Wonderland about things getting “curiouser and curiouser?” Well that applies to how I feel as well. This beautiful opportunity has raised what was always a pretty healthy amount of curiosity to even greater heights. No, I am nowhere near having seen enough. Life grows in beauty and abundance and I want it all! 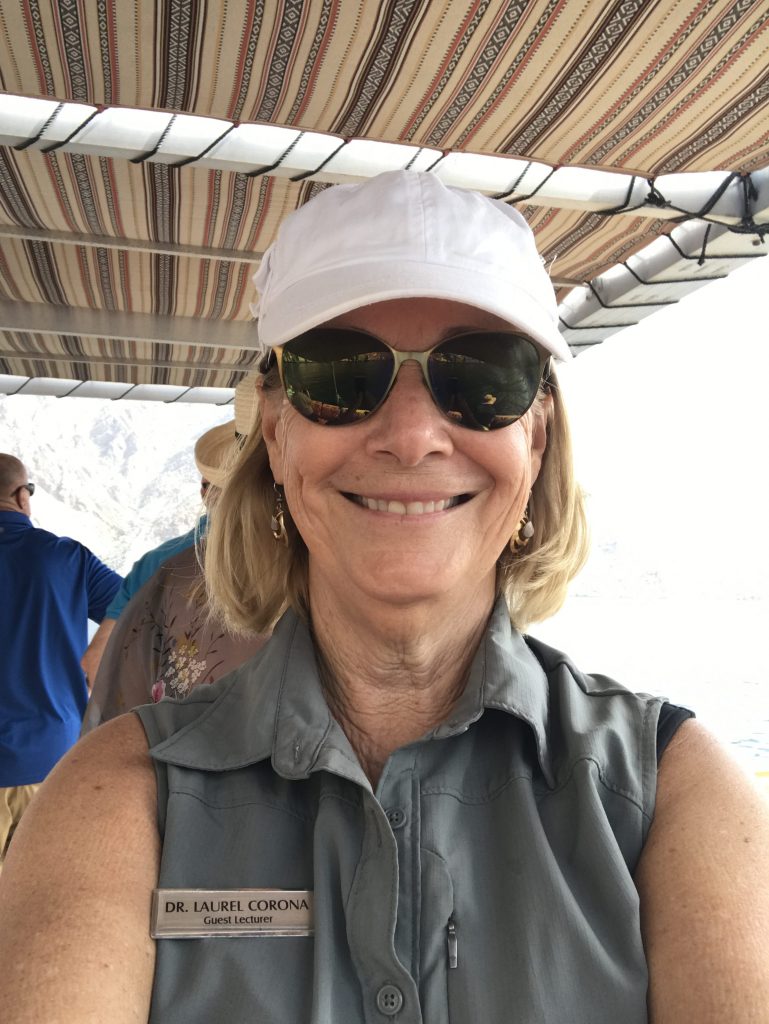 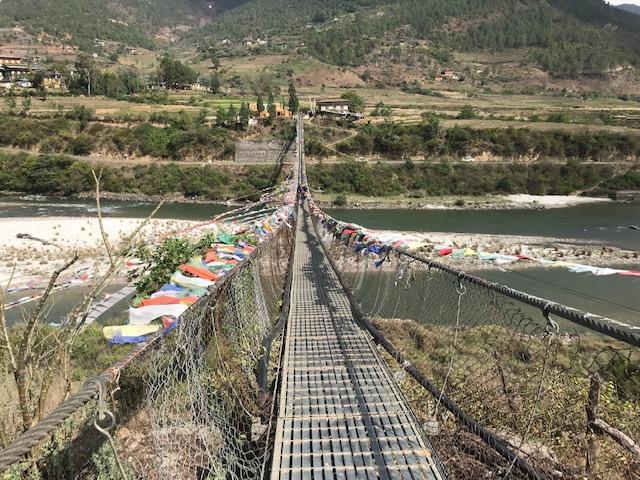 This morning at breakfast in Bhutan, my travel partner Susan and I got to talking about how our views on longevity have changed.  I mentioned that I am making an effort in my Years of Living Travelly to go to places like Corregidor, rather than the “easier” places in a port of call, because I understand so much better now what it means to die young.

I used to think that whether one lives twenty, or eighty years, or points in between, any lifetime is really a blink of the eye when one considers time in the abstract.  All the dead aren’t here anymore, regardless of how long they lived.

When I think now of people who died young, I understand so much better what it means not to have had the opportunity to experience everything that can happen in a long lifetime.  I think of all my opportunities to learn, to travel, to make friends, to love.  It’s all that, and a host of simple things as well, like  hearing a new song that becomes a favorite, wiggling toes in  sand, the first sip of icy beer on a hot day, or watching a baby discover just about anything.

The previous day, when we saw the thousands of prayer flags that flutter on bridges, near shrines,  and pretty much everywhere there is a breeze or a memory, we decided we wanted to put up some flags of our own.  I wanted to honor my friend Peter, whose happiness when he came back from Bhutan made me put it on my bucket list. He had been just about everywhere, and it was one of his favorite trips. Peter died not too long after that, and Bhutan was his last travel adventure. I have Peter to thank for making it one of mine as well.

We began today shedding a few tears  about people we have lost. In the afternoon we went to the longest suspension footbridge in Bhutan. ( pictured at top), carrying the bundle of prayer flags we had bought the day before.  I put up one string of flags for Peter, to invoke his spirit in this beautiful place and to say thank you.  Here I am with his flags. 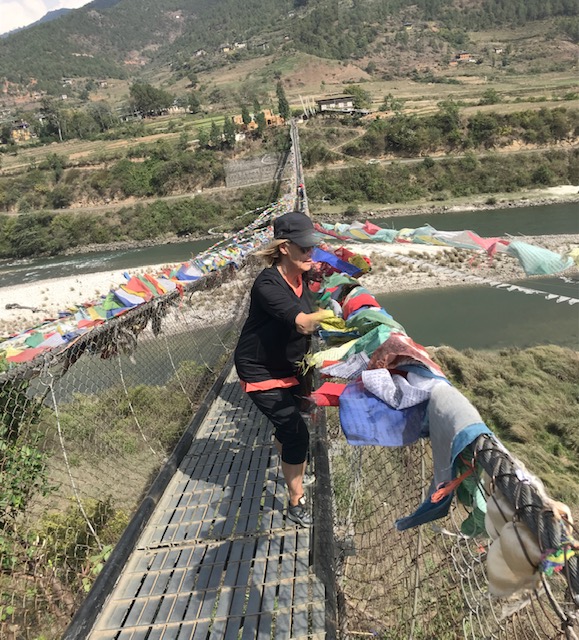 But those of you who know me well probably know what this journey to the bridge was really about.

This is the twentieth anniversary year  of the death of my son Adriano.  I wish he had stayed in this world longer than twenty-two years, but he didn’t want to. I think of how much he has missed, but I have to acknowledge that mixed in with all that he might have enjoyed, there was most likely a disproportionate amount of pain and disappointment that he has not had to suffer.

Grief  that softens  over time as part of healing can be, in an instant, raw again. But rawness is good too, because it brings us closer to those we have lost, before we tuck them away again in the emotional labyrinth that life becomes after something so heart blistering happens.

I wanted to be raw again in Bhutan today, because I wanted to honor his spirit and say again to him how much I love him.  There is a timelessness and a purity I can’t really explain about the love I feel for someone I haven’t been able to see, touch, hear, or talk to for two decades now.Nothing can tarnish that love’s beautiful, burnished shine. The good memories win.

In the letter he left behind before he took his life, he said if there was something after death, he would be out there surfing the universe.  I always think of him that way.  And here in the foothills of the Himalayas, as close to the concept of eternal time as one can get on earth, I think that if indeed there is surfing to be done in the afterlife, he has simply beat me to it by a cosmic second.

I heard somewhere that the Northern Lights are reflected off dust in the atmosphere, so I took some of his ashes to the top of Norway the year after his death and I flung them as high as I could into the sky. I wanted him forever to be part of that dust.  Now he is part of the Himalayas as well. As am I, because I left a little of my heart on that bridge too.

In this part of the world, these flags are really more about hope for good fortune for the living, not memorials to the dead.  And that was part of what I was after today as well. I wanted to leave the flags at a bridge because bridges are symbols of transition—sometimes  sad, as when a loved one  leaves us,  but they also stand for hope and for the fact that to be truly alive we must embrace change.

The real finality of death is that it is the last bridge we cross.  But neither I nor anyone I love is there yet, at least if our good fortune holds. So the deepest meaning of today for me—and the biggest surprise—was how joyful I felt. Even playful, as this photo of me with one of Adriano’s flags shows, although my eyes are red with tears behind the glasses. 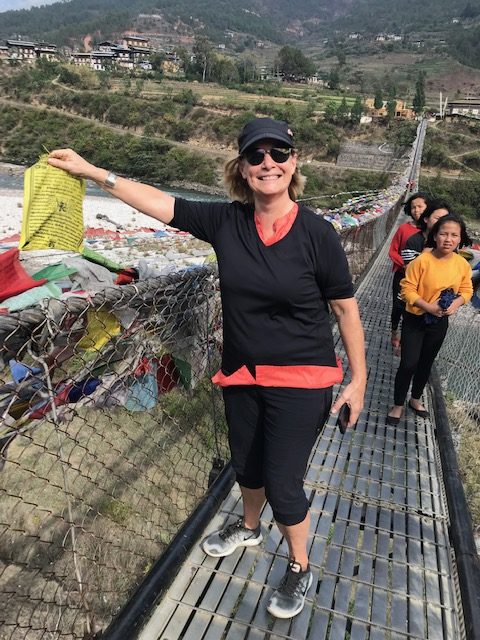 .The flags are for good fortune and I am grateful for the abundance of that in my life. The joy today came from thinking about the future  for my son Ivan and myself, that we still have not only bridges to find, but bridges to make.

It’s raining in Bhutan tonight, a sound I haven’t heard, and a fragrance and freshness I haven’t breathed for a long time.  Out there in the dark,  two strings of flags are limp with rain.  Tomorrow the warmth of the sun will raise them up to flutter and wave beneath the hovering peaks, and lend their colors to the river. below the bridge, bringing snowmelt from the Himalayas down to the sea. I am headed there myself in a few days, as my life adventure continues. I am leaving something behind, though, and carrying something far bigger with me, in the mark this has made on my heart.

Sent from my iPad